It’s easy to get inspired in Port Angeles. From a historic underground tour to art spotting for murals along the Port Angeles Mural Trail to Native American heritage celebrations and museums, Port Angeles is popping with culture galore. Explore the Port Angeles Fine Arts Center, galleries, or the umpteen pieces of street art scattered throughout the downtown core. Don’t miss a visit to the Elwha Klallam Carnegie Museum or the House of Learning (a.k.a. The Longhouse) for a glimpse into the lives and culture of the original native Klallam people. Plan to watch one of the native ceremonies honoring the past traditions including the annual Paddle to Seattle Canoe Journey and the First Salmon Ceremony.

Port Angeles’s art scene is bursting with not only art murals and sculptures all over town, but more monthly and annual events that show off the artsy side of this small town. Stroll through downtown where you’ll find outdoor sculptures done by northwest artists for the Art on the Town program, and even art created by children called “Fish on the Fence” located along the waterfront near the Landing Mall. The Art on the Town program includes the “Avenue of the People”, a 15-piece outdoor sculpture exhibit that conveys a story of everyday life in a small town, by Bob Stokes — who is a popular artist that resides in Port Angeles and is a driving force in the city’s art scene — and two other resident artists: Mike Anderson and Gray Lucier.

For a few hours of fun, plan to hunt and seek around downtown Port Angeles for hand-painted art murals that tell a story of Port Angeles’ rich maritime heritage and Native American culture. The self-guided art tour to 12 murals scattered about our downtown can be done on foot or by bike. Download the map to chart your art course!

The entire Olympic Peninsula is rich in Native American history and culture. There are eight local tribes residing on reservations along the coastal areas of the Peninsula who ceded their land back in 1855 and 1856: Lower Elwha Klallam, Jamestown S’Klallam, Port Gamble S’Klallam, Skokomish, Quinault, Hoh, Quileute, and Makah. Today, ancestors of the original people remain and work in conjunction with the Olympic National Park and cities within the Peninsula to honor their access to the National Park and other natural areas for traditional land use and spiritual beliefs and practices. 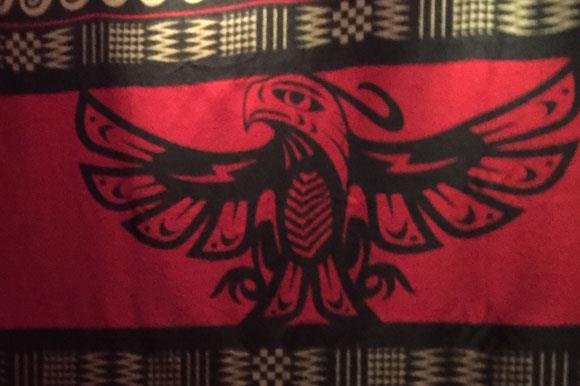 The Klallam people once spanned the entire northern portion of the Olympic Peninsula with 33 villages. Downtown Port Angeles was once the site of a historic village called č̕ixʷícən (Tse-whit-zen) believed to be over 2,700-years-old. The ancient village was discovered by the city in 2003 when Native American remains and artifacts were discovered during a city project at the base of Ediz Hook. The artifacts found are now on permanent display at the old Carnegie Library now called the Elwha Klallam Carnegie Museum. To date, this is the largest Native American village to be found in Washington state since the Makah’s Ozette village was uncovered in the 1970s.

ʔaʔk̓ʷustəƞáwt̓xʷ The House of Learning Longhouse is the first of its kind in the nation to be constructed on a college campus. The Longhouse at Peninsula Community College was constructed through collaboration with six local tribes. The building is actually sitting on tribal territory set back in a wooded area and welcomes all with a traditional totem pole carved from one large tree. Wander or stop in during an event to view the impressive collection of rotating Native American art from area tribes.

You may have noticed several street signs in downtown Port Angeles in both the English and the Klallam language. The city’s waterfront park and the street signs were created to honor the Klallam tribal history. The city worked with the Lower Elwha Klallam and Jamestown S’Klallam tribes in planning the 1.5-acre waterfront public park for all to enjoy.

Don’t miss the annual Tribal Canoe Journeys, a spiritual canoe voyage where paddlers heading to Canada land in Port Angeles at Hollywood Beach in downtown Port Angeles between July and August. The public is welcome to spectate and even participate.

Anytime of the year, you can catch a play at the historic Port Angeles Community Playhouse, a classical music performance by the Port Angeles Symphony, live music at downtown bars and venues, or at one of the annual festivals like the famous Juan de Fuca Arts Festival. For jazz music fans, Jazz in the Olympics brings famous jazz musicians to Port Angeles every April. Every October, the tradition of storytelling lives on at the Forest Storytelling Festival.

There are numerous historic buildings throughout downtown Port Angeles. We highly recommend taking the Underground Heritage Tours, a city walking tour of Port Angeles’ underground network of tunnels and storefronts from the early 1900s. Another highlight is the restored Carnegie Library building just up the hill from downtown. The Clallam County Historical Society restored the original 1919 library into the Museum at the Carnegie. There are two exhibits on display, including the permanent “Strong People: Faces of Clallam County,” which tells the history of the entire county.

How to Make the Most of Your CrabFest Weekend in Port Angeles, Washington

Seafood is a way of life on Washington’s Olympic Peninsula. Celebrate this maritime magic with a weekend of food, music, art and Olympic National Park sights at the annual Dungeness Crab and Seafood Festival [...]

331 Things to Do in Port Angeles, Washington - #86 Holiday Event Extravaganza A Roundup of the Newest, Most Festive, and Merry Holiday Happenings in Port Angeles updated December 2, 2022 The holiday season [...]

331 Things to Do in Port Angeles, Washington - #76 Native American Heritage Month and Year-Round Tribal Culture Celebrations and Attractions The entire Olympic Peninsula is rich in Native American history and [...]

331 Things to Do in Port Angeles, Washington - #69 Follow a Mural Trail Hunt and seek for art! Discover a collection of vivid hand painted outdoor art murals that tell a small town's [...]

3 Port Angeles Wineries You Must Visit During Crush Season

KEEP UP WITH US

Get the latest and greatest stories & things to do delivered to your inbox.