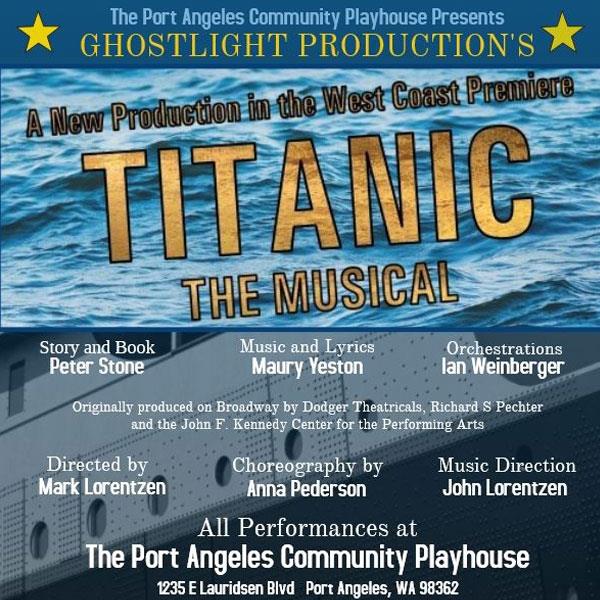 Ghostlight Productions, a new performing arts company on the Olympic Peninsula, proudly presents the West Coast premiere of brand new revised version of the Tony Award Winning TITANIC – THE MUSICAL. Featuring an all-local cast of actors, live musicians and crew, TITANIC tells the story of the famous ill-fated ocean liner and the events that unfolded when she sank during her maiden voyage. TITANIC is a celebration of an era and features a brilliant book by Peter Stone and a rousing original score by Maury Yeston. It is a sure “can’t-miss”! TITANIC opens July 22 and runs through August 6, 2016.