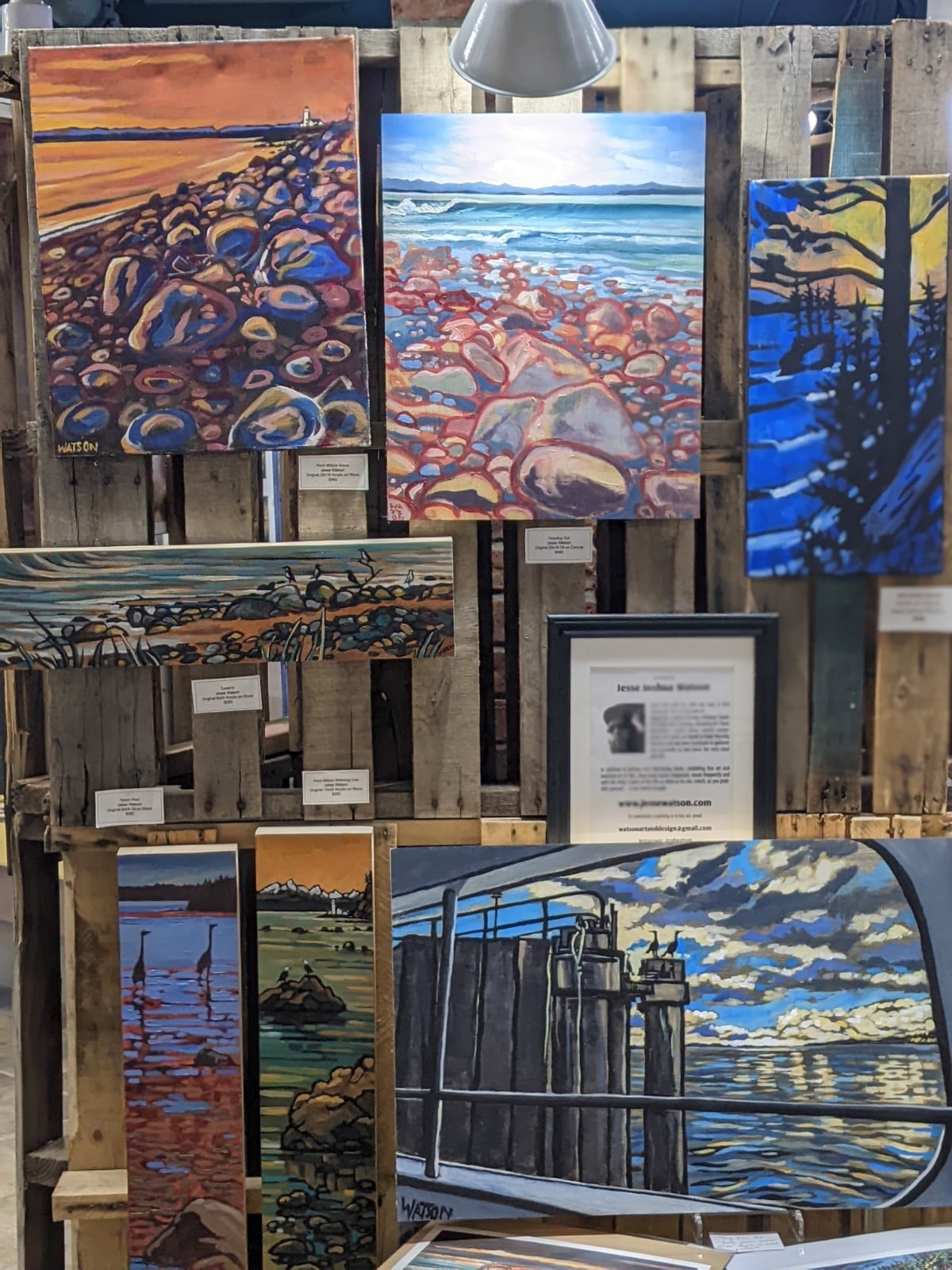 One of a Kind Gallery (OOAK) is proud to announce that Jesse Joshua Watson is the featured artist for March, and will be joining them in the gallery for the third Second Saturday Art Walk event of 2022. Stop by OOAK on March 12th, 4-8PM for an artist reception with Jesse Joshua Watson, and enjoy some wintertime treats while you browse new work from 50+ local artists.

Jesse Joshua Watson lives with his wife and sons in Port Townsend. His art has been featured in many Children’s Books published by major publishing houses, book covers, magazines, concert and festival posters, album covers and has been displayed in galleries and museums up and down the west coast as well as in NYC. His work is owned by collectors across the US, the Caribbean, Brazil and Europe.

Jesse has traveled the world extensively, often engaging in social justice and crisis response in places such as Port Au Prince, Haiti after the earthquake, and working with Vietnamese refugees in Hong Kong in the early nineties. In addition to writing and illustrating thirty plus books and counting, exhibiting fine art and teaching art to kids, Jesse plays soccer religiously, music frequently and fishes and surfs the chilly waters of the NW as often as he can, which, as you probably guessed… is not nearly enough.